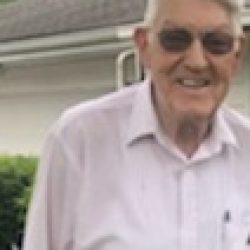 Richard was born in Moweaqua, IL. to Pete and Mattie Workman on December 1, 1930. He married
Gladys I. Morefield on December 19,1953. He and Gladys were married 68 years. Richard worked for the
railroad as an apprentice machinist and in the car shop, then later on the tie gang before retiring in
1992. Dick was a Mason since 1958 with the Stephen Decatur Lodge 979, he also was a member of The
Grottos of North America since 1962. Dick loved to read, hunt and travel. He liked buying and trading
automobiles. He also enjoyed car shows with The Fun Time Cruisers and motorcycling with family
friends. In Dicks later years he enjoyed tinkering with old bicycles and gardening. He was a great story
teller and had the best stories. Richard never met a stranger and was a generous soul.

Richard was preceded in death by his parents; sisters: Mary A. Reh and Jeanne Schichner of Chicago;
daughter: Karen S. Mura and grandchild Valerie L. VonBehren.